It has been over two hundred years since little spa town, Niederbronn in France, witnessed the birth of the precious flower of Alsace. On September 9, 1814 Elizabeth Eppinger, Mother Alphonse Marie saw light of the world for the first time.
It has been over 170 years since a young Elizabeth felt in her heart God’s call to take care of the sick, especially the poor sick, and to pray for the conversion of sinners. This became her life mission and the inspiration for her charism which she passed on the new Congregation: Alleviate the physical and spiritual misery by practicing the works of mercy; sacrifice for the salvation of the souls; and make people feel God loves them very much.
Led by God’s Spirit Elizabeth was called to found a new Community – the Congregation of the Daughters of the Divine Redeemer. She gave her life, which was filled with love and good works, to the Lord on July 31, 1867.

Presently, three Congregations from Venerable Mother Alphonse Marie’s foundation serve in the world and spread the charism which she bequeathed to them. In 2017, we celebrated the 150th anniversary of her “birth” into heaven.

In 2019, we will celebrate the 170th anniversary of three important events. On August 29th, we will remember the foundation of the Congregation; on September 10th, Elizabeth received her religious habit and religious name—Sister Alphonse Marie, from because of her devotion to St. Alphonsus de Liguori (Father of the Poor).
“Be silent, suffer, and pray!” were the words which characterized her life which was filled with service for others, suffering, and prayer. This is the heritage she bequeathed to her Sisters. Her motto of life was the following: ”Everything for God and the salvation of souls.” No one was too insignificant to be helped by her, even though she suffered much.

On December 19, 2011, by promulgation of the Decree of Heroic Virtues, the Holy Father, Pope Benedict XVI, awarded Mother Alphonse Marie the title Venerable Servant of God.

On January 26, 2018 was promulgated the Decree about the miracle attributes to the intercession of Venerable Servant of God, Alphonse Marie Eppinger.

Holy Father Francis confirmed the date and place of her Beatification, September 9, 2018 in Notre-Dame Cathedral in Strasburg.

Encouraged by her example we ask in prayer that she will soon be venerated in the whole Church as a saint.

Novena For the Salvation of the Souls 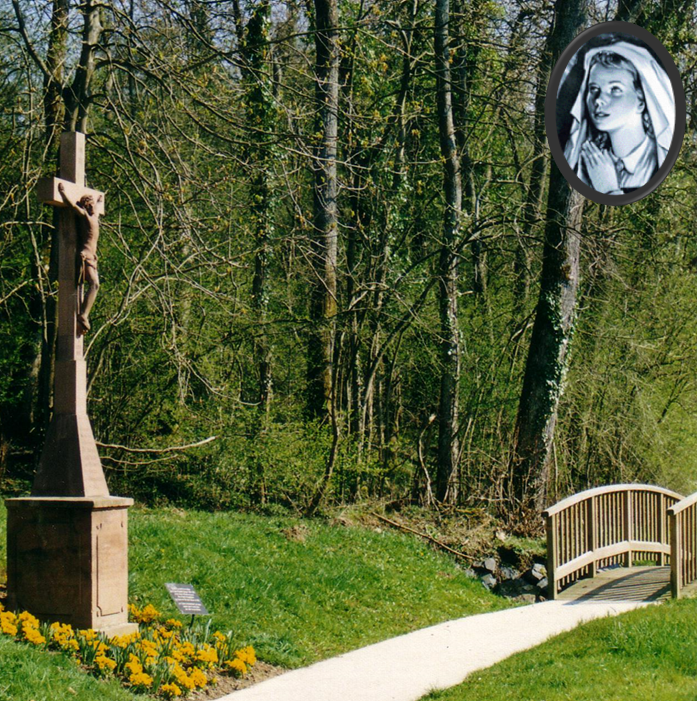 The Life of the Young Elizabeth Eppinger